We have Bomb Jack!

One of our favorites! Bomb Jack.

Come down and play!

In Bomb Jack, the main character travels to various international hot spots on a quest to prevent a total of 24 bombs from exploding. Each bomb must be diffused and collected before Jack can go to the next level.

Thanks to his magical cape, Jack can hop on platforms and soar over his enemies. On each stage, there are 24 bombs. You may collect bombs that are ignited or bombs that are not yet lit, but players receive more points when they pick them up in sequential order. In other words, a single bomb will be lit at the beginning of each stage. When a lit bomb is collected, the fuse on the next bomb will ignite. Lit bombs can appear anywhere on each individual level.

Bomb Jack is organized by stage and bomb arrangement. There are 16 different patterns and 63 stages. In addition, Jack visits six different cities over the course of the game. After the 26th level, you will no longer visit each city in the same repetitious manner that they previously appeared.

Jack has the ability to run, jump and fly. Contact with any opponent will cause you to restart the level you are currently playing until you run out of lives. Notable enemies in Bomb Jack include orbs, mummies, clubs and UFOs. Avoiding all enemies is especially challenging because they are not restricted to the ground.

Book Your Kids Birthday With ARCADIA ! 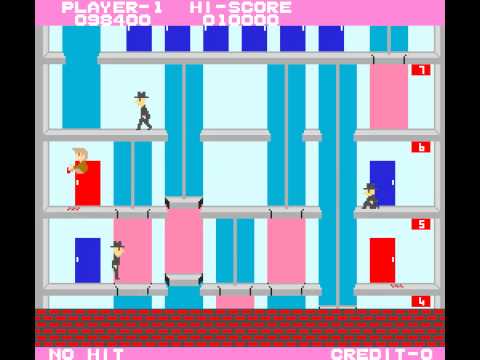